This coming week marks the final week of my running group. The WereZoo started 4 years ago by a interesting young man, with whom I used to work at a mom & pop-owned specialty running store. He had dreams that were bigger than the tiny, rented store covered in shoes and endless spandex. One day, while sitting in folded chairs behind the counter, he shared his idea for an unconventional running group.

A couple of years later, this guy introduced the group to the community and he got an overwhelming response. He alternative style (parachutes, brain drain, water) and ever-changing locations (trails, the springs, beach) was attractive.

Although I’ve been with the WZ just 15 months, it became what I did- after work, just about every day. My Saturdays were spent waking up early for long runs with the group. It became kind of my thing.

During this time I achieved my fastest times in the marathon, half marathon, 10K and 5K and found a real sense of camaraderie.

Don’t get me wrong, I’ve been running for 10 years now, but, maybe it has to do with my personality, I enjoyed the scheduled workouts, having some place to be, and someone waiting there for me. It was more than just a group, it was a community.

It was somewhere in these 10 years of running that I began to lose a little of myself. Running and work was everything. How did I become a jock all of a sudden? What’s my next race or workout? Can I PR (achieve a personal record)?

Not just running, but work and being an adult got in the way of creativity. Well not any more! I realized without creating, I wasn’t really truly happy. I am blessed to have a job and schedule that can support my passion (isn’t that just one step away from the dream- when your passion can support you?).

Academically, writing used to be my thing. That went away after I earned my college degree in English, and tried becoming a grown-up. I earned the sparse small-time award, and praise, but lacked an ounce of confidence. Taking this long to come back around seems like a lot of wasted time, but the right time is now, hence birthing this blog.

So while I will miss my people and our evening or early morning meets, I welcome this as a new beginning, to do what really makes me happy. And get some runs in on the way, of course.

Here’s my ode to running and farewell to my group, courtesy of Strava and some excellent cartography skills. 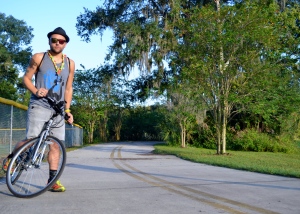 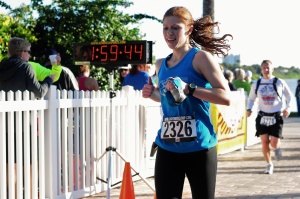